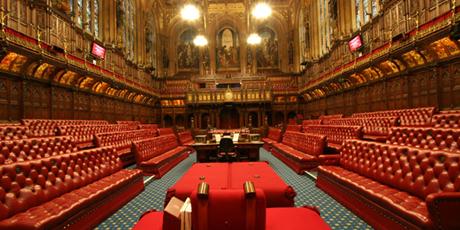 The letter from MPs to the Prime Minister condemned the meeting and expressed serious concern at the decision to host Minister AlKhalifa, who has been the highest ranking official responsible for Bahrain’s police force, which has been implicated in systemic human rights violations over the last decade. Parliamentarians pointed out that the meeting took place in the wake of violent abuse in Bahrain, including the torture and enforced disappearance of over 60 political prisoners, and called for the application of Magnitsky Act sanctions against the Bahraini Minister.

Andrew Gwynne MP, Labour, sent the letter to the Prime Minister on behalf of signatories. He also lodged the Early Day Motion 123, calling upon the UK government to sanction Minister AlKhalifa.

Josie Thum, Research and Policy Associate at the Bahrain Institute for Rights and Democracy, commented: “There’s a stark contrast between the British government’s behaviour and what MPs and rights groups are calling for. For the Home Secretary to pose for a photo with somebody notorious for overseeing a decade of brutal repression in Bahrain, is a shameless betrayal of the UK’s commitment to human rights. MPs are right to call for accountability.”

Read the letter in full:

We are writing to raise serious concerns regarding the 25 May 2021 meeting between the British Home Secretary, Priti Patel, and the Bahraini Minister of Interior, Shaikh Rashid bin Abdullah AlKhalifa, following a recent series of serious human rights abuses in Bahrain.

We condemn that the meeting took place shortly after a police attack against political prisoners at Jau Prison, which involved the egregious torture and mass enforced disappearance of over 60 inmates for a period of 19 days. The excessive use of force by Bahraini police was condemned by the UN Office of the High Commissioner for Human Rights.

We are further concerned that Minister AlKhalifa has overseen an unprecedented rise in the use of the death penalty, as well as the systematic persecution of human rights defenders, journalists, activists and dissidents in Bahrain and terrorised civil society. Peaceful critics of the government remain routinely subjected to serious abuses ranging from arbitrary imprisonment to torture, executions and sexual assault. Furthermore, the Minister was the most senior official responsible for serious crimes committed by his security forces during the suppression of the 2011 pro-democracy movement, including torturing individuals to death.

High profile meetings between senior British Ministers and officials implicated in serial human rights abuse send a clear signal that the UK will lend unwavering support to its allies regardless of their non-compliance with international law or how appalling their rights record may be.

Priti Patel’s reception of Minister AlKhalifa with open arms in the wake of a major human rights scandal is a textbook example of the UK’s inconsistent application of Magnitsky Act sanctions against allied states accused of abuses.

We call upon the government to apply Magnitsky Act sanctions to Minister AlKhalifa for his responsibility in perpetrating abuse and creating a climate of impunity in Bahrain.