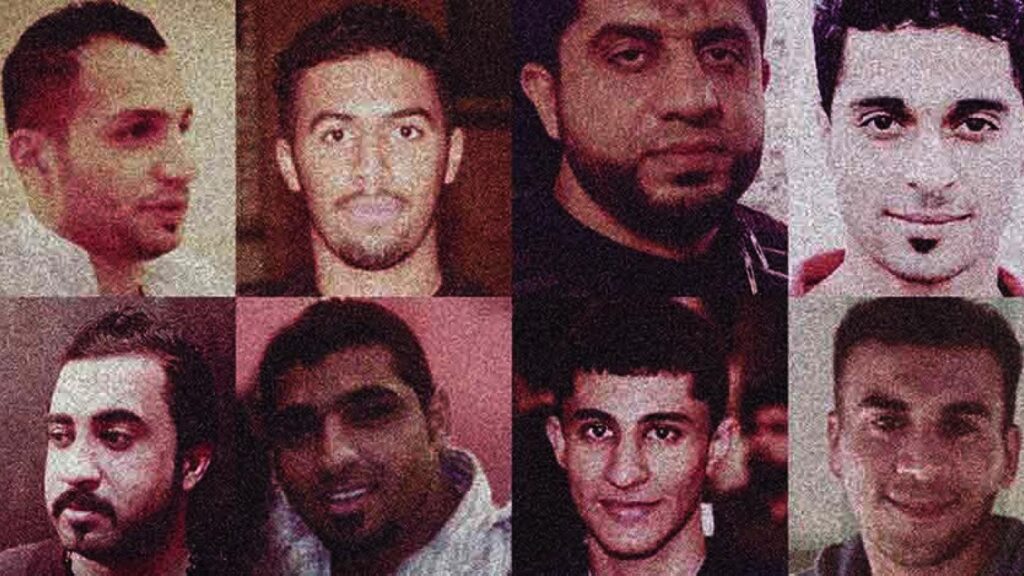 The 61-page report, “The Court is Satisfied with the Confession’: Bahrain Death Sentences Follow Torture, Sham Trials,” found serious and persistent human rights violations underlying the convictions and death sentences of cases examined for the report. Courts dismissed credible allegations of torture and ill-treatment during interrogation, as required by international and Bahraini law, and routinely violated defendants’ rights to a fair trial, including the right to legal counsel and to cross-examine prosecution witnesses.

Despite the UK Government’s assertion that its process for safeguarding against potential human rights violations when providing justice and security assistance is “the most comprehensive and demanding tool of its type anywhere in the world,” institutions implicated in the report were still able to benefit from support through the government’s controversial Gulf Strategy Fund, which recently doubled its funding to Bahrain to £1.8 million.

Details on how the Gulf Strategy Fund is allocated remain vague despite serious concerns about human rights violations amongst the recipients and repeated calls for more transparency.

A freedom of information request (FOI) submitted by BIRD revealed that in 2020-2021 the Bahrain Ministry of Interior, the Ministry of Interior Ombudsman, and the Special Investigation Unit all received support through the UK Government’s Gulf Strategy Fund. All of these bodies are implicated in the report.

Much of the torture and ill-treatment described in the report took place at the Criminal Investigation Directorate, a department of the Interior Ministry. According to the FOI request, the Interior Ministry is “the Bahraini security body supported by the UK Government’s Gulf Strategy Fund programmes.”

Meanwhile, the Ministry of the Interior Ombudsman and the Special Investigations Unit (SIU) repeatedly failed to credibly investigate reports of torture, even when allegations were accompanied by corroborating evidence from physicians.

In three cases documented in the report, defendants who alleged torture and ill-treatment submitted complaints to the SIU regarding the abuse. The SIU consistently found the complaints unsubstantiated and based these findings on questionable evidence. In one case, the claim of torture was deemed to be unsubstantiated because the officers involved “denied committing abuses”.

The report found that “it is difficult to avoid concluding that in these cases, all of which have seen defendants placed on death row, Bahraini authorities violated the prohibition against torture and ill-treatment. It is also difficult to avoid concluding that Bahraini courts violated their obligations under international and Bahraini law to investigate such abuses and respect fundamental fair trial rights. As a result, there is no legitimate basis to conclude that the state had respected the presumption of innocence in these cases.”

“It is shameful that the UK government is supporting institutions implicated in grave human rights abuses.

“The findings of this report highlight a glaring lack of oversight and accountability at the FCDO. Abuses in the Bahraini judicial system have been well documented, and we have raised them repeatedly with the FCDO, from the abuse of detained children to the detention of dissidents.

“In light of this new report, we are calling on the UK Government to immediately publish what human rights assessments were undertaken ahead of the funding being provided, and to immediately suspend all funding and support to institutions implicated in these serious violations.”

“Instead of doubling funding to Bahrain, Parliament must establish an immediate inquiry into the UK government-funded training to Bahrain’s corrupt judiciary. It must ensure that individuals or institutions who are responsible for facilitating unlawful death sentences, torture, or executions do not benefit from taxpayer funded schemes.

“The UK must investigate Bahrain’s rotten oversight bodies that are neck-deep in whitewashing systematic torture in the country.”