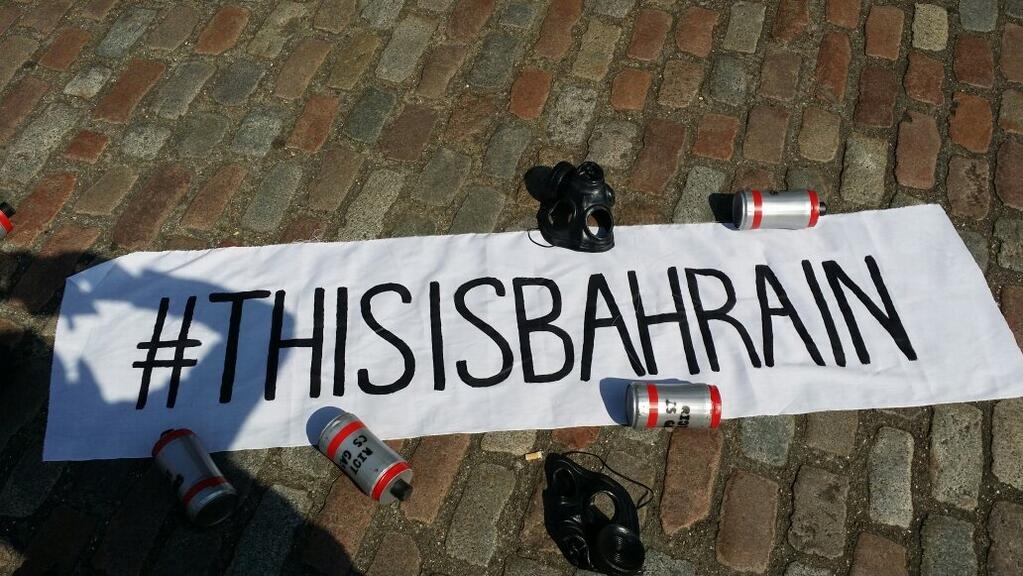 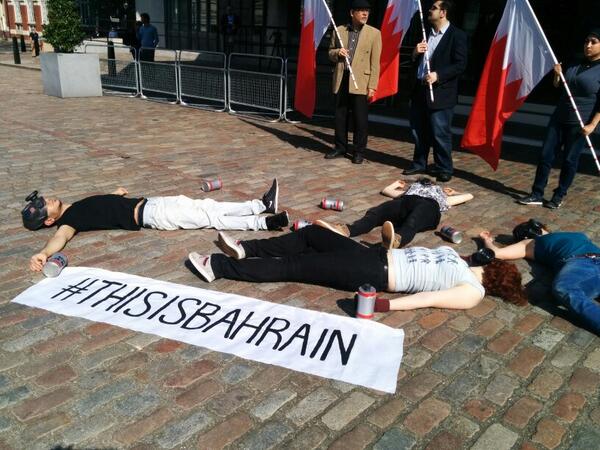 Bahraini activists in London stage protest outside the Queen Elizabeth II Conference Centre in response to the “This is Bahrain” conference that has attempted to whitewash the violations of human rights in Bahrain.

Human rights activists and political refugees in London have staged a protest outside the Queen Elizabeth II Conference Centre against the government crackdown on civilians and protesters in Bahrain. Organisations including the Bahrain Institute for Rights and Democracy, the Campaign Against Arm Trade, Bahrain Centre for Human Rights and Bahrain Watch were also present highlighted the ongoing violations. Protesters noted the case challenging the immunity status of Nasser Hamad Al Khalifa in the UK. Nasser Hamad has been accused of torture by a number of high profile political prisoners in Bahrain and a victim refugee in London. 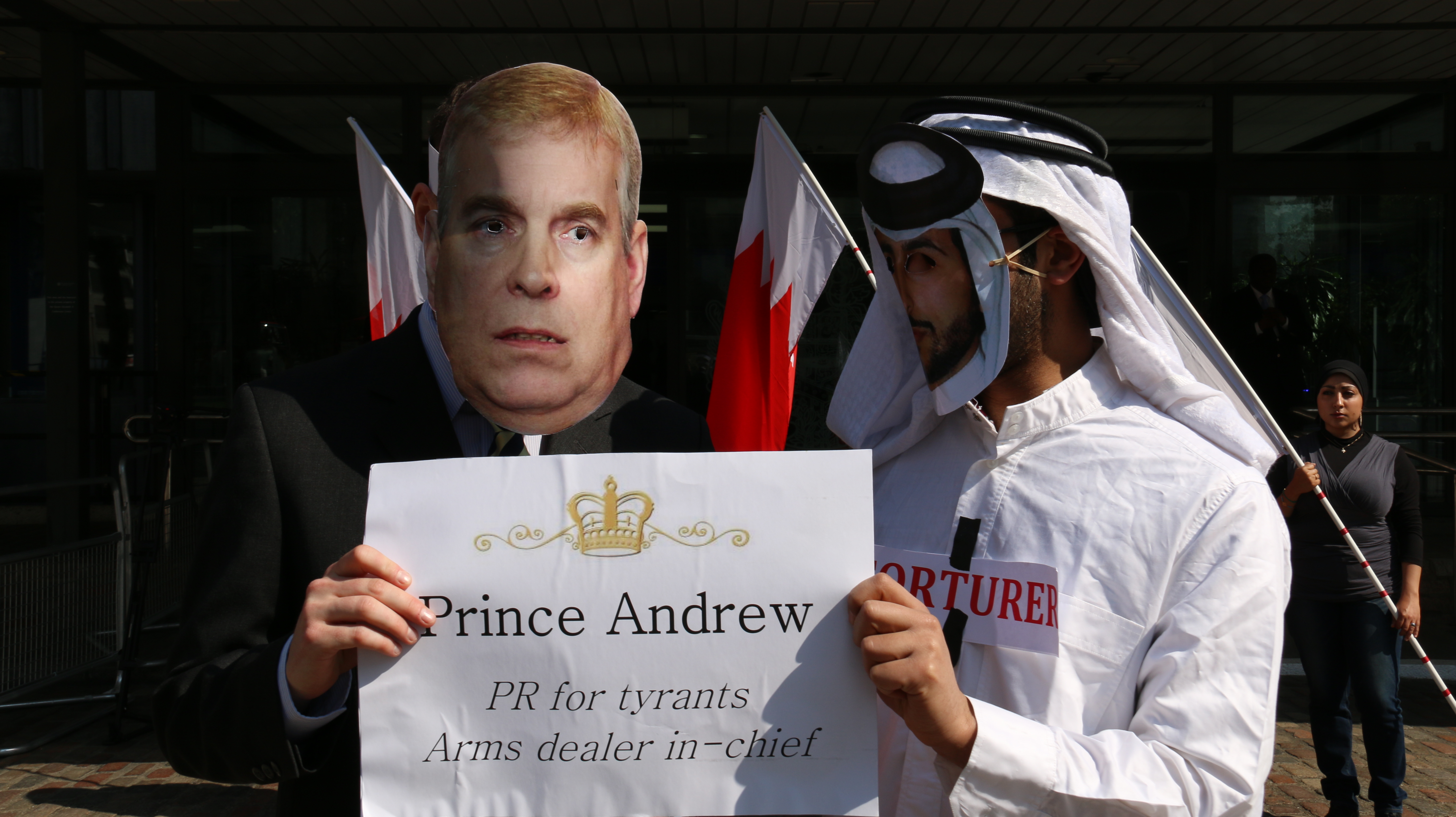 Prince Andrew, who was to be hosted by the event organisers as keynote speaker, withdrew on the day. The last minute cancellation of Prince Andrew has highlighted growing pressures against the UK government over their stance on Bahrain. A number of media outlets have noted the hypocrisy of the UK stance on Bahrain this week alongside the case against Nasser’s immunity including:

The protest coincided with the visit of members of the Bahrain ruling family to take part in the Royal Windsor Horse Show alongside members of the UK Royal Family. The Bahrain Institute for Rights and Democracy has sent letters to UK royals and government officials including the Queen, Prince Andrew, Prince Charles, David Cameron and Edward Miliband expressing concerns over the growing relationship between the UK and Bahraini governments despite human rights abuses. On 14 May 2014, Bahraini NGO’s signed a joint-letter welcoming the case challenging the impunity of Nasser Hamad highlighting its importance for:

6. The Government of the UK to retract the Visa waiver given to all diplomats in Bahrain particularly those with special passports on the Wanted for Justice list.

During the protests, activists wore masks of Prince Andrew and Nasser Bin Hamad and acted out a citizens arrest on the figure dressed as Nasser. Protesters from the Campaign Against Arms Trade also highlighted the excessive use of tear gas in Bahrain by wearing makeshift tear gas masks next to figures of tear gas canisters next to a sign with the writing: “#THISISBAHRAIN”.