Bahrain Shuts Down Al Wefaq, Latest in Week of Attacks on Civil Society 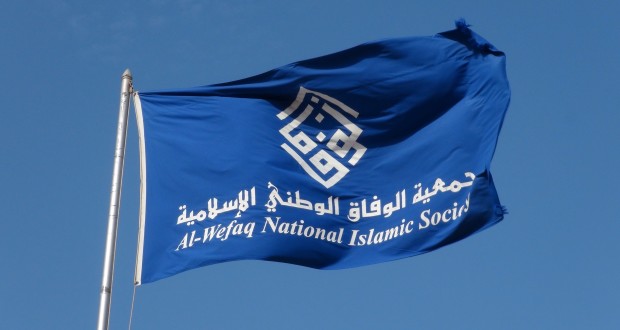 Al Wefaq National Islamic Society was shut down this morning by a court. The court ordered the closure of Al Wefaq, the freezing of their assets, and the suspension of all activities. The court also placed Al Wefaq’s headquarters under the control of the Justice Ministry. The Justice Ministry accused Al Wefaq of links with foreign terrorism, and inciting sectarianism, violence and hatred. The Ministry further stated that it had a responsibility to “correct” the political path of the country and create a “healthy environment” for the 2018 General Elections.

Sayed Ahmed Alwadaei, Director of Advocacy, BIRD: “Bahrain is bulldozing its civil society and making a mockery of their ally the UK, who welcomed Bahrain’s ‘commitment to reform’ just two weeks ago. Bahrain is only reforming itself into a state of silence and terror.”

On a visit to Bahrain at the end of May, Philip Hammond welcomed Bahrain’s “commitment to reform”, on the same day that an appeals court increased Al Wefaq’s leader’s prison sentence by more than double.

At the UN Human Rights Council, which began yesterday, the UN High Commissioner for Human Rights warned Bahrain: “Repression will not eliminate people’s grievances; it will increase them.“ Bahrain has ignored these warnings, and in response the Foreign Minister Khalid Al Khalifa called the High Commissioner powerless and a waste of time.

Al Wefaq’s closure is the latest in a series of sustained repression of civil society. Yesterday, 13 June, leading human rights defender Nabeel Rajab was arrested by the Cybercrimes Unit. At the time of writing, no charges have been brought against him.

On Sunday 12 June, six human rights activists travelling to participate in the 32nd Session of the UN Human Rights Council were blocked from boarding their flight. The activists had been placed under secret travel bans just days before.

Last week, human rights defender Zainab Al Khawaja was forced into exile, travelling to Denmark, after she received threats from a senior government official of arrest on new charges and indefinite detention. Zainab Al Khawaja, who is already sentenced to 37 months in prison on a variety of speech-related charges, was released on alleged ‘humanitarian grounds’, her release coming on 31 May 2016, a day after a controversial political trial.

That trial, on 30 May, was of the General Secretary of Al Wefaq, Sheikh Ali Salman, where an appeals court increased his sentence from four years to nine. He had been sentenced on charges of “incitement to hatred and violence” in June 2015, but been acquitted on charges of attempted overthrow of the regime. The prosecution appealed the acquittal, which was reversed in May, resulting in his new nine year sentence. Sheikh Ali Salman was first arrested in December 2014, a month after Bahrain’s November 2014 General Elections, which Al Wefaq and other opposition societies boycotted.

BIRD condemns these attacks on the rights to expression, assembly, association and participation in public life as protected by articles 19, 21, 22 and 25 of the International Covenant on Civil and Political Rights, which Bahrain acceded to in 2006.