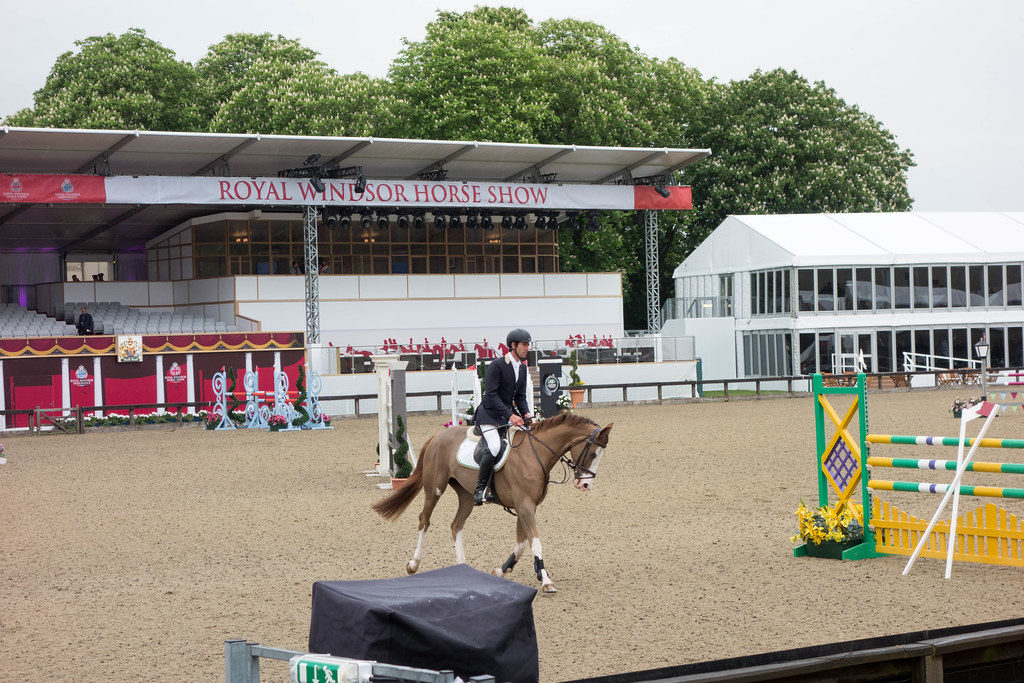 15 January 2020 – HPower Group, organisers of the prestigious Royal Windsor Horse Show, will adopt a human rights policy following mediation with the Bahrain Institute for Rights and Democracy (BIRD). The mediation was triggered when the National Contact Point (NCP) of the Organization for Economic Cooperation and Development (OECD) ruled that BIRD’s claim that HPower were failing “to prevent or mitigate adverse human rights impacts linked to their business operation” merited further investigation. The complaint was submitted after family members of three UK-based activists protesting the presence of Bahrain’s King Hamad at the 2017 show were detained and threatened by Bahraini security forces.

In a public statement issued by both parties, HPower “committed to adopting a human rights policy which reflects the standards provided for by the [OECD Guidelines for Multinational Enterprises]” and reaffirmed “its commitment to respect internationally recognised human rights.” While both parties agreed that “the mediation process has successfully settled matters between them,” BIRD maintains that King Hamad’s presence at the show sends the wrong signal regarding its human rights record and will continue to campaign against Bahrain’s use of sport to whitewash human rights abuses.

Protests against the Royal Windsor Horse Show have grown in recent years over the invitation of the Bahraini monarch, who regularly sponsored a prestige event at the show and is often photographed with Queen Elizabeth in the Royal Box. Rights groups argue that the Bahraini royal family’s sponsorship of the show is part of a conscious campaign to “sportswash” human rights abuses committed by King Hamad’s government, which Freedom House describes as “among the most repressive in the Middle East.” According to Human Rights Watch, Bahrain’s human rights record has “escalated repression” in the last year, with a more than tenfold rise in executions since 2017.

Other investments by Bahrain’s government in international sport, which include ventures into motorsport, athletics, combat sports, professional cycling and e-sports, have drawn similar protests. In 2015, motorsport giant Formula 1 was also compelled to adopt a human rights policy after mediation with Americans for Democracy & Human Rights in Bahrain (ADHRB), which was triggered by a similar complaint to the NCP after a violent crackdown on protests against the Bahrain Grand Prix by Bahraini security forces, resulting in the killing of 36-year old protester Salah Abbas in 2012. The NCP ruled that that the race had become “politicised, with a new risk that it may be used as a focus for actions by both opponents and agencies of the government.”

Sayed Ahmed Alwadaei, Director at the Bahrain Institute for Rights and Democracy commented: “We presented the NCP with ample evidence of the human rights implications of King Hamad’s presence at the Royal Windsor Horse Show, which in previous years included the detention of family members of Bahrainis protesting at the show. The NCP rightly recognised that these human rights risks merited further examination.  While HPower will  adopt a human rights policy, BIRD maintains that Bahrain’s investments in international sport are designed to  launder the kingdom’s appalling human rights record and we will continue to raise concerns whenever the red carpet is rolled out for Bahraini royals in the UK.”

Daniel Carey, Partner at Deighton Pierce Glynn, commented: “I am pleased that the mediation with HPower has concluded successfully. The law has to keep up with the issue of ‘sportwashing’, as rights-abusing states increasingly opt for the quick image fix of international events over substantial reform, at the same time that sports women and men are increasingly finding their voice to raise ethical concerns.”

The Bahrain Institute for Rights and Democracy (“BIRD”) and The HPower Group Limited (“HPower”), the organizer of the Royal Windsor Horse Show, entered into mediation in order to discuss the matters raised by BIRD in its complaint under the OECD Guidelines for Multinational Enterprises (“Guidelines”) to the UK Government’s OECD National Contact Point. See here.

As a result of the mediation process and the dialogue thereby established, HPower has committed to adopting a human rights policy which reflects the standards provided for by the Guidelines, without prejudice to whether the Guidelines apply to HPower given its small size. Accordingly, HPower takes this opportunity to reaffirm its commitment to respect internationally recognised human rights.

BIRD and HPower have agreed that the mediation process has successfully settled matters between them.

Both parties would like to thank the NCP and mediator for their work on this matter.